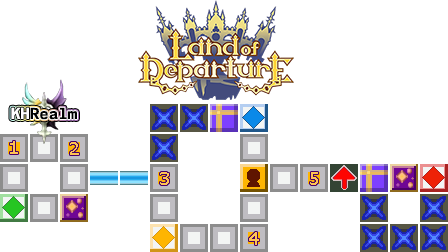 In the Mirage Arena, there is only Zero Gravity.

Opponents: Terra, Ventus, Aqua (minus the one you're playing as)
Special: Keyblade Glider – You can move to the square of your choice. 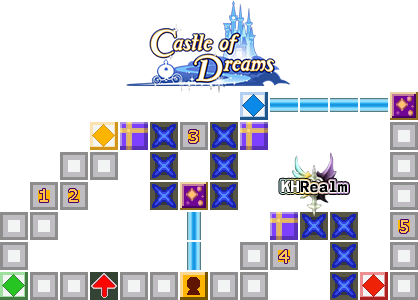 In the Mirage Arena, there is no Command square.

Opponent: Cinderella
Special: Bibbidi-Bobbidi-Boo – Roll a dice and get 200 GP x your roll. 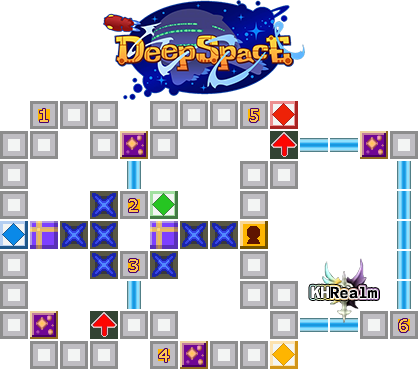 In the Mirage Arena, there is only Zero Graviga. 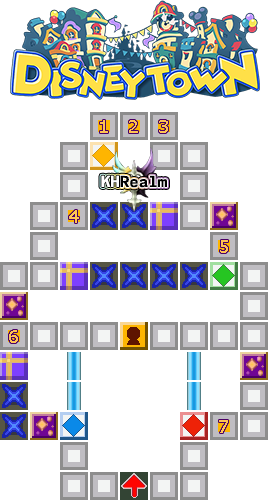 In the Mirage Arena, there is only Freeze Raid.

Opponents: Minnie, Captain Justice
Special: Fantasia – Awards GP based on the number of panels you control. 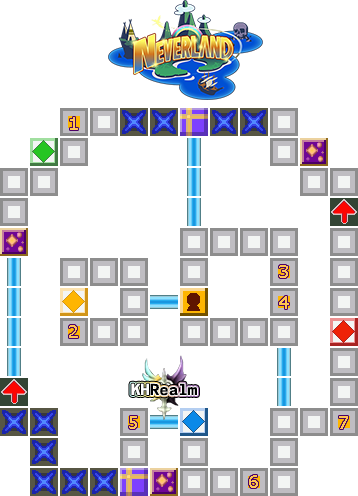 In the Mirage Arena, there is only Magnega.

Opponents: Peter Pan (will use Double Dice if he can), Captain Hook
Special: Pixie Dust – Allows you to move the opponent of your choice to any square on the board. 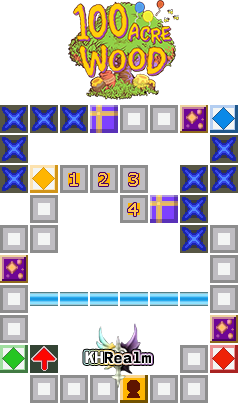 In the Mirage Arena, there is only Thundara.

Opponent: Winnie the Pooh, Tigger (will use Double Dice if he can)
Special: Hunny Hunt – Pots with honey appear randomly on the board. Those with bees will make you lose GP, those without give 500 GP. A pot also lands on you when the Special is used. (Note that this Special also unlocks Rabbit's Character File in the Reports)

To unlock this board, you have to win a game on every other board. It's also already unlocked in the Mirage Arena even if you haven't unlocked outside of it. 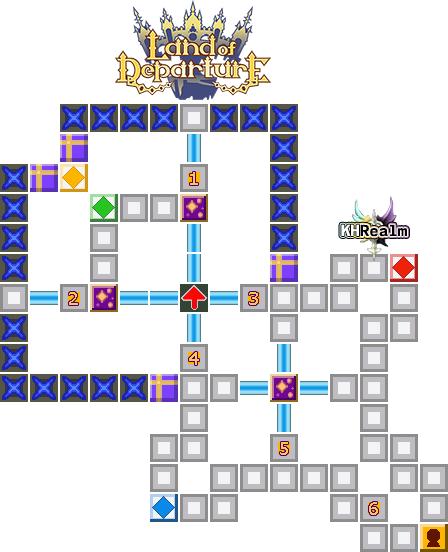 This is the only board having more Commands in the Mirage Arena than outside of it. From top to bottom and left to right, here are the Commands:

Opponents: Terra, Ventus, Aqua (minus the one you're playing as)
Special: Keyblade Glider – You can move to the square of your choice

There are four types of cards you can have in hand: Attack, Magic, Miscellaneous and Joker. You can combine these cards before rolling to get a special effect.

After visiting Disney Town, all the Special panels can start any of the three events: original, Captain Dark, Captain Justice.

Captain Dark will follow the player around the board for several turns and steal GP from them. He can also buy expensive panels (with your GP). You can get rid of him by passing through another player.

Captain Justice is the exact opposite: he will give you GP or buy panels with his own GP. But be careful as you can also lose him for another player if you walk through them.

After you visit Disney Town, you might encounter Captain Dark / Justice while playing, if someone lands on a Special panel. If you activate it yourself, there is a good chance you will unlock the D-Link after the game.
When you have it, on Final Mix, use it 10 times to obtain a PSN Trophy!