When you come back in a world after finishing its storyline, you have access to a special challenge. Each requires a different strategy and gives you a rank depending on how good–or bad–you did. Obtaining three stars will give you an exclusive reward. 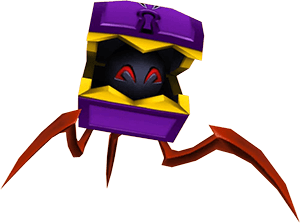 Flame Box
Location: Waterside
Objective: The enemy spews fireballs. You need to attack them before they touch the ground.
3★: 30+
Reward: Firaga
Strategy: Using Magnet/Magnera/Magnega is the safest and easiest way to win. If you don't have any of them, regular attacks, Surge commands or Fire work too. Be careful as you can get hurt by the projectiles.

Lone Runner
Location: Ballroom
Objective: Kill as many enemies as possible in 1:30 minute.
3★: 30+
Reward: Illusion-L
Strategy: Using Magnet/Magnera/Magnega then AoE attacks like Thundaga, Meteor Crash, Windcutter... did work for me. If you're doing this as soon as it unlocks, lower level commands such as Fire, Shotlocks or Surge commands–if you have any–might help. 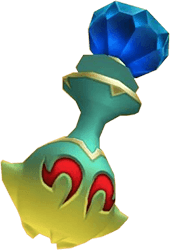 Vitality Vial
Location: Waterway
Objective: Survive as long as possible.
3★: More than 2 minutes
Reward: Illusion-V
Strategy: Fill your deck with Cure/Cura/Curaga and/or Potions. Renewal Block/Barrier can also help. If you have enough healing commands equipped, you can simply wait for your HPs to drop and heal yourself, while blocking the enemy if he attacks. If not, you will have to follow him around the area and attack him in order to recover some HP. 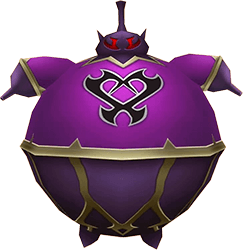 Belly Balloon
Location: Outer Gardens (Terra, Ventus), Central Square (Aqua)
Objective: Attack the enemy from behind to deflate him, and avoid hitting his belly as much as possible.
3★: Less than a minute
Reward: Illusion-B
Strategy: High hit count commands like Surges, Ars Solum for Terra, Triple-spells for Aqua, Ventus' D-Link with Haste, or the Rhythm Mixer Command Style are all great, as long as you make sure you're attacking from behind. 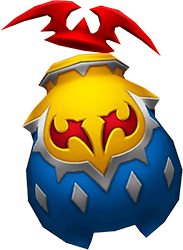 Ringer
Location: Raceway
Objective: Kill as many Ringers as possible within two minutes. Hitting the original kills all the copies too, but hitting a copy makes you lose 5 seconds on the timer.
3★: 40+
Reward: Illusion-R
Strategy: When you reach a new Ringer, take your time and stare at it while the copies appear. After moving around a bit, they will settle and you can just attack the original. Then, find the ball of light indicating where the next group will appear, and rinse and repeat. 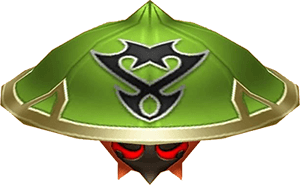 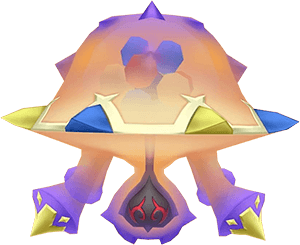 Gluttonous Goo
Location: Launch Deck
Objective: Attack the enemy to make it drop orbs, and gather them.
3★: 90+
Reward: Stun Block (Terra, Ventus), Confuse Barrier (Aqua)
Strategy: With Terra and Aqua, Ventus' D-Link at maximum level is great. With Haste, you can hit it fast, and Air Dive basically bleeds it out of all its orbs. For Ven, using Mickey's D-Link and Light Charge is also working very well. Note that any command that makes you damage it while being close will not release orbs (sliding Shotlocks, Surges, Sonic/Chaos Blade, for example). Block and Counter work, however. The Treasure Magnet ability is also highly recommended: the higher the level, the better. You can easily get it by melding Quick Blitz and Sliding Dash with a Hungry Crystal. 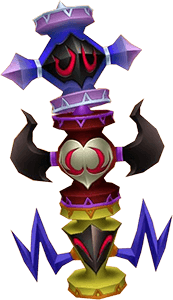 Element Cluster
Location: Indian Camp
Objective: Attack the enemy with the corresponding element.
3★: 70+
Reward: Voltage Stack
Strategy: Two Fire Surges, two Thunder Surges, two Blizzard spells and/or the Absolute Zero Shotlock, and a couple of healing commands in case you get hit are all you need. Pay attention to the color of the middle head: if it's red, attack with fire. Blue is ice, yellow is thunder.
You can also eat ice creams to switch between Command Styles accordingly. 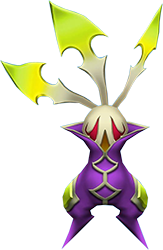 Floating Flora
Location: Seat of War Objective: Attack the enemies to make them fly, keep them up there and gather the orbs they drop.
3★: 350+
Reward: Illusion-F
Strategy: The usual tricks won't work: your best bet is using Command Styles, specifically Rhythm Breaker. Eating ice cream to trigger it is recommended. You can also use Commands like Ice Barrage or Time Splicer with Ventus and Aqua.